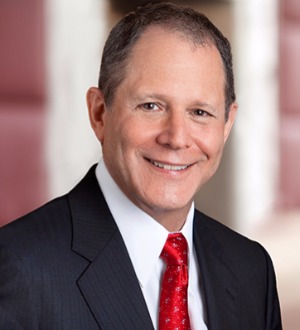 Few appellate specialists have successfully tried a jury case.  Robin Meadow tried jury cases for over 20 years at a major commercial firm, while also handling appeals, in many fields of law.  Over time, he realized that it’s nearly impossible to excel at both trials and because the skill sets and practice rhythms differ completely and often clash. Concluding that his greatest strengths lay in appellate work, Robin joined GMSR in 1994, handling his last trial late that year.

Robin’s trial-court experience gives him a unique perspective on appellate work.  He understands the demands and pressures trial lawyers face and the many ways that things can go wrong in the trial court.  And he is very much at home consulting with trial lawyers during trial, helping them protect their appellate record so they’re well positioned to either preserve a victory or overturn a defeat.

Robin’s practice at GMSR continues the substantive focus he developed in his earlier years—business disputes, real estate, partnerships, and probate and entertainment law.  But, like most appellate lawyers, he is a generalist and at GMSR has also handled multiple significant appeals involving , family law, personal and bankruptcy.

He is also an expert in technology for appellate lawyers and courts.  A pioneer in the use of electronic records and briefs, Robin co-authored the California Second District Court of Appeal’s first protocol for electronic briefs (since adopted by other California Courts of Appeal), and he filed the first electronic brief ever accepted by a California appellate court.

When he isn’t practicing law, he enjoys spending time with his family, reading about history and playing bass guitar in a rock band.