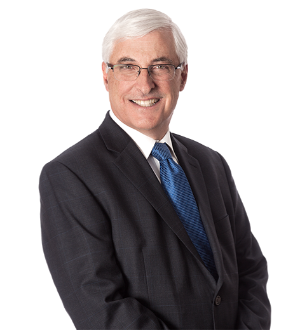 Recognized by Best Lawyers® since 2009.
1717 Arch Street, Suite 400 Philadelphia, Pennsylvania 19103
(215) 988-7800
|
Firm: Greenberg Traurig LLP
|  Website
Edit Profile
Edit Your Profile
To edit your Lawyer Directory information, please login to your
Best Lawyers® Admin Account.
If you have any questions or need assistance, please contact us at info@bestlawyers.com or 803.648.0300.
Overview
Firm

Robert M. Goldich has more than 30 years of experience as a labor and employment lawyer and litigator representing employers in all aspects of labor and employee relations, including general employment counseling, employment contract negotiation, collective bargaining negotiations, labor arbitration, and the representation of employers in administrative and courtroom litigation. As the practice of labor and employment law has evolved into one requiring courtroom litigation skills, Robert's practice has become concentrated in the areas of complex employment and ERISA litigation. He has tried to judgment more than 20 cases around the country, and obtained summary judgment rulings in many others, including equal employment cases under Title VII of the Civil Rights Act of 1964, the Age Discrimination in Employment Act, the Equal Pay Act, the Americans with Disabilities Act, ERISA, wrongful discharge, whistleblower and employment tort actions, and suits involving the enforcement of restrictive covenants, confidentiality agreements and trade secrets issues. Robert has represented in litigation a number of Fortune 100 companies, several universities and colleges, health care institutions and numerous smaller and entrepreneurial businesses. Robert also has litigated cases involving commercial contracts and other business disputes.

Robert has developed a national practice in the area of ERISA litigation. He has represented the defendants in six different ERISA class actions, involving amounts in dispute in excess of one billion dollars. These class actions have involved a variety of ERISA issues, including fiduciary liability, pension plan design, termination of retiree medical coverage, benefit integration, and pension plan spinoffs in the context of corporate acquisitions. Robert has tried cases and advised unionized clients in connection with withdrawal liability claims under the Multi-Employer Pension Plan Amendment Act.