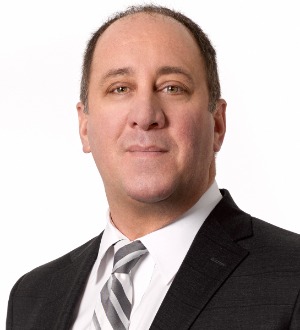 Robert L. Boreanaz focuses his practice in the areas of union-side labor law and plaintiff-side employment law. He has litigated cases throughout New York State as well as in Delaware, Texas, and Illinois. Mr. Boreanaz has extensive trial experience, arguing before state, appellate, and federal courts. As an example of Mr. Boreanaz’s work, he recently reached a settlement of $1.8 million in an employment matter on behalf of a corrections officer working at the New York State Department of Correctional Service.

Mr. Boreanaz is a senior partner with the law firm Lipsitz Green Scime Cambria, a mid-size, full-service firm based in Buffalo, New York, with offices throughout Western New York and in California. He is the chairperson of the firm’s Labor and Employment Practice Area.

Mr. Boreanaz is active in the bar and legal community. He has been a member of the New York State Bar Association and its executive board for over ten years. Mr. Boreanaz is a frequent lecturer, having made several presentations for the New York State Bar Association as well as appearing on radio and television and  in print as a commentator on legal affairs. He is the outgoing president of the University at Buffalo Law School’s Alumni Association.

Mr. Boreanaz handles many high-profile cases that draw media attention. He is also frequently called upon to offer comment as an expert in labor and employment law matters. Click on any of the descriptions below to view articles that feature comments from or about Mr. Boreanaz.