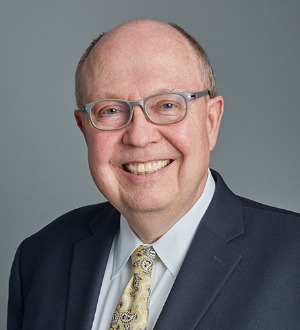 Recognized by Best Lawyers® since 2007.
One PPG Place, Suite 1500 Pittsburgh, Pennsylvania 15222
(412) 566-1212
|
Firm: Tucker Arensberg, P.C.
|  Website
Edit Profile
Edit Your Profile
To edit your Lawyer Directory information, please login to your
Best Lawyers® Admin Account.
If you have any questions or need assistance, please contact us at info@bestlawyers.com or 803.648.0300.
Overview
Firm

Accomplished attorney who proactively works with clients to avoid legal issues before they arise.

Bob has been practicing law for more than 30 years, primarily in the area of labor and employment law. His clients range from global manufacturing companies to colleges, counties, municipalities and school districts. He has extensive experience in Act 111 police and fire negotiations and arbitration.

Bob has handled over 200 labor arbitrations and negotiated collective bargaining agreements with every major union representing private and public employees, including AFSCME, PSEA, SEIU, the Teamsters and many others. He has successfully represented employers in jury and non-jury trials including cases involving claims of age discrimination, sexual harassment, wrongful discharge and violation of constitutional rights.

Bob also practices in the area of municipal and school law with special emphasis on public sector employment law. He is solicitor for West Jefferson Hills School District, the Municipality of Bethel Park, Scott Township, Swissvale Borough and Emsworth Borough. He has also served as solicitor for the Allegheny County Boroughs Association and the Pennsylvania State Mayors’ Association. For over 30 years, Bob was Assistant Solicitor and Labor Counsel for Allegheny County, which has nearly 6,000 employees, including approximately 4,500 unionized employees.