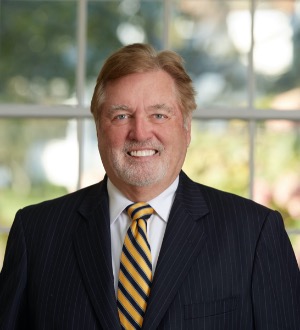 Recognized by Best Lawyers® since 2018.
75 Broad Street Milford, Connecticut 06460
(203) 783-1200
|
rberchem@berchemmoses.com
Firm: Berchem Moses PC
|  Website
Edit Profile
Edit Your Profile
To edit your Lawyer Directory information, please login to your
Best Lawyers® Admin Account.
If you have any questions or need assistance, please contact us at info@bestlawyers.com or 803.648.0300.
Overview
Firm

Attorney Robert (Bob) L. Berchem is the founding partner of Berchem Moses PC.  Bob serves as President of the firm and Chair of its Business Services Department. He graduated with honors from Fairfield University in 1962, and from Villanova Law School in 1965 where he was first in his class and the editor of the Villanova Law Review.  Following law school, Bob clerked for the Honorable William H. Timbers, Chief Judge of the United States District Court. After working for Judge Timbers in both the District Court and the Second Circuit Court of Appeals in New York, Bob was awarded a William Cook Fellowship by the University of Michigan’s Law School from which received his Masters of Law in 1967. Bob then returned to Milford, Connecticut, and joined a local two-person general practice law firm.  During the next 55 years, he brought the firm to statewide prominence. Berchem Moses PC now has over thirty-five lawyers and has added an additional office in Westport, Connecticut.

Bob has been actively involved in the attraction, development, and construction of many of the retail, commercial and industrial projects which, over the last five decades, have enabled the region to maintain a strong tax base and enhance its economic stability. Bob has served as a Trustee of Fairfield University and as Chair of the University of Bridgeport Board of Trustees.Consistent with Bob’s willingness to give back to the community, Berchem Moses PC has been a leading contributor to countless charitable organizations in greater Milford and beyond. Bob has given his time to many local organizations, including the Milford Historic District Commission which he chairs, the Milford Jaycees, the Milford Orange YMCA, Bridgeport Hospital and the Cardinal Shehan Center.  Bob has been a member of the Board of Directors of Boys and Girls Village and is a member and former President of Race Brook Country Club.