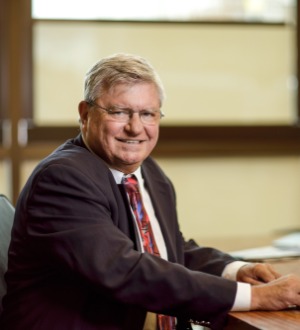 Recognized by Best Lawyers® since 2021.
350 Ryman Street Missoula, Montana 59802
(406) 523-2500
|
Firm: Garlington, Lohn & Robinson, PLLP
|  Website
Edit Profile
Edit Your Profile
To edit your Lawyer Directory information, please login to your
Best Lawyers® Admin Account.
If you have any questions or need assistance, please contact us at info@bestlawyers.com or 803.648.0300.
Overview
Firm

Robert J. Phillips has been practicing since 1978 in areas of insurance defense or all kinds, including coverage opinions, coverage litigation and bad faith defense. He has tried numerous civil jury trials in various areas, including automobile, trucking, railroad, products liability, professional liability, construction defect and insurance bad faith, in State, Federal and Tribal courts. He has been lead counsel in many of the leading cases in Montana insurance law before the Montana Supreme Court, Federal Court for the District of Montana and the Ninth U.S. Circuit Court of Appeals. He has also been lead counsel before the U.S. Claims Court, Federal U.S. Circuit Court of Appeals and the U.S. Supreme Court.

His civic involvement includes Community Medical Center, ( Director, 1998-2015, Chair 2005-2009), Salvation Army Board of Directors, Planned Parenthood of Montana Board of Directors, Planned Parenthood Federation of America, (Vice Chair 1992-1994), Missoula Children’s Theatre and United Way of Missoula. He currently chairs the Missoula Community Hospital Legacy Foundation, one of the largest health-related foundations in the State of Montana.