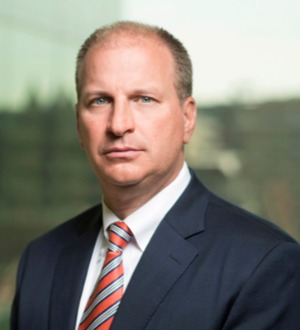 Bob Symon practices in the areas of construction and government contract law. Clients routinely seek out Bob’s advice to assist in such matters as protesting procurement results, interpreting the Federal Acquisition Regulation (FAR), prosecuting claims under the Contract Disputes Act (CDA) or insuring compliance with ethical obligation to name just a few. Bob has enjoyed considerable success prosecuting and defending bid protests at the Government Accountability Office (GAO) and the United States Court of Federal Claims. He also has litigated disputes throughout the country in state and federal courts involving a wide variety of complex construction claims.

Notwithstanding extensive litigation experience, Bob has developed a reputation as a quick study and someone who recognizes the benefits of resolving construction disputes at an early stage through negotiated settlements or alternative disputes resolution mechanisms (such as mediation) before the onset of extensive discovery and the associated cost. However, even when cases have proceeded through discovery to arbitration or litigation, results have far exceeded client expectations due to his organizational skills, preparedness and persuasiveness.

Recent successes in Bob’s resume include the litigation of a complex construction defect claim involving a VA lease of a medical clinic in a multi-party lawsuit in Las Vegas, Nevada. First, he negotiated a favorable settlement for the client-owner of the facility against the designer and contractor for design and construction defects. However, the underlying defects spawned a termination of this same lease by the VA and a wrongful termination claim by the Owner at the United States Court of Federal Claims (CFC). In a reported case, Bob was able to get the termination overturned and obtained an $18 million judgment against the Government for the client. Another recent victory at the CFC by Bob involved the litigation of a contract interpretation issue. The issue in that case concerned a cost-sharing provision included in a research and development contract between an engineering firm and DOE for a project in Morgantown, WV. Again, the hotly contested issue resulted in a million dollar recovery for the client. Other successes include the prosecution of a quantum meruit claim in Maryland state court related to work performed by a mechanical contractor on a semiconductor plant in Manassas, Virginia. Arbitration of the damages portion of the case resulted in a multi-million dollar recovery for the client. Bob defended a manufacturer of precast panels against a design defect claim for a project in King of Prussia, PA. After the conduct of some discovery, Bob was able to demonstrate that the problem resulted from installation problems and the case was quickly settled. Currently, Bob is prosecuting a claim for breach of contract against the Navy in excess of $20 million related to cost overruns on a military housing project in Oahu, Hawaii and this litigation comes after successfully overturning a debarment of the same contractor in Federal Court in Washington, D.C. He also recently assisted a client successfully negotiate the settlement of a differing site condition involving unexploded ordnance against the Army on a construction project at Ft. Knox, Kentucky. Once again, the result was a multi-million dollar recovery. Types of projects which have been the subject matter in claims Bob has handled, include office buildings, multi-use facilities, data centers, courthouses, prisons, condominiums, hotels, waste water treatment plants, laboratories, test facilities, manufacturing plants and hospitals.

In the bid protest arena, Bob actively litigates preaward and post award controversies. He has been instrumental in developing the case law in the CFC regarding supplementing the administrative record through discovery. Recently, Bob successfully overturned a $22.8 billion contract awarded by the Department of Energy for the consolidation of management and operating activities at two nuclear facilities. Bob helped an internationally known engineering firm defend a contract award decision by the Air Force at Hanscomb Air Force Base worth $700 million over the five year period of performance when all options are exercised. Moreover, Bob has also had exceptional success at the CFC overturning erroneous decisions by GAO as demonstrated by numerous reported decisions.