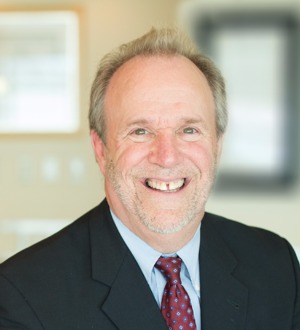 Bob was a member of the trial team in the landmark trial on behalf of the state of Rhode Island against corporate defendants from the lead paint industry. He secured the largest lead paint poisoning settlement in Rhode Island on behalf of a child and continues to represent children injured by lead poisoning against property owners, governmental agencies and lead pigment companies. He also played a leading role in a statewide lobbying effort to defeat legislation that would have denied lead-poisoned children and their families the right to seek justice. Through testimony, analysis and grassroots outreach, he helped the Rhode Island legislature pass a bill helping to prevent childhood lead poisoning without infringing on victims’ rights.

With more than two decades of experience in asbestos litigation, Bob also represents victims of asbestos exposure suffering from mesothelioma and other asbestos-related diseases. He has managed large consolidation trials in several states including Maryland, Mississippi and West Virginia.

After beginning his career as a teacher, Bob earned a law degree and clerked for the Honorable Donald F. Shea of the Rhode Island Supreme Court. He joined Motley Rice attorneys on the tobacco litigation team representing multiple state attorneys general, which resulted in the historic Master Settlement Agreement between the states and the tobacco industry.

Bob frequently speaks about lead paint litigation to local and regional groups such as the Rhode Island Bar Association and the Northeast Conference of Attorneys General. He is recognized as an AV® rated attorney by Martindale-Hubbell®.