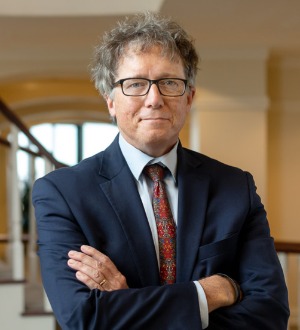 Among Bob’s more notable appellate cases are Curl v. American Multimedia (N. C. App.) and Shavitz v. City of High Point (N. C. App.).  In Curl, Bob represented defendants facing multiple toxic tort and groundwater contamination claims.  His clients’ success stands as the leading toxic tort decision under North Carolina law.  In Shavitz, Bob represented the Guilford County Board of Education in a dispute as to whether local school systems are entitled to the proceeds of fines imposed under “red light camera” laws and ordinances.  The victory for the Board of Education resulted in millions of dollars in recoveries for school systems state-wide.

Bob’s recent successes have included a jury verdict of $6,300,000 against the North Carolina Department of Transportation, a jury verdict for a furniture retailer for wrongful termination of a distributorship agreement, and successful settlement of claims against two clients who had been sued relating to the Duke Lacrosse controversy.

Bob also has extensive experience representing parties in shareholders’ disputes.  Recent decisions include a complete victory (including an award of attorneys' fees) in Texas State Court relating to ownership of a 45% interest in the defendant corporation, as well as a sweeping preliminary injunction against officers and directors who were accused of corporate malfeasance.

Bob has represented a number of plaintiffs in high-profile wrongful death actions.

Bob has been married to Julie Davis since 1987. Their son, Rhyne, is a senior at Duke University. Their daughter, Grace, is a freshman Laurels Scholar at the University of North Carolina at Asheville.