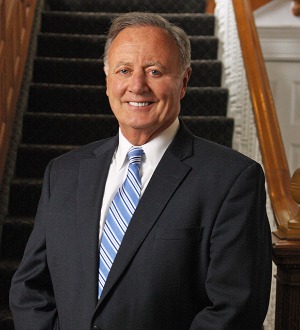 Robert H. Iseman, a native of Albany, has represented both institutional and individual healthcare providers and health insurers for more than 40 years.

Bob has had extensive experience and success in a broad range of complex practice areas, as demonstrated by his listing for many years in four separate practice categories (commercial litigation, healthcare law, antitrust litigation, and regulatory enforcement litigation) of the peer-rated Best Lawyers in America.

His practice has resulted in a number of important “firsts” in the state of New York.

As partner in the Commercial Litigation Practice Group, Bob has been engaged in a broad range of complex commercial litigation matters for various clients, including many nationally known corporations. The litigated disputes involved such areas of the law as antitrust, including defense of class actions; directors’ and officers’ liability claims; securities fraud; wrongful discharge; defamation; real estate transactions; environmental contamination; insurance coverage disputes; breach of contract; and personal injury.

In the specific area of antitrust, Bob has managed the issues raised by a wide variety of proposed mergers and acquisitions among healthcare providers, including the management of formal investigations initiated by the FTC. He has also successfully defended large class-action lawsuits seeking relief under the antitrust laws.

Bob has led and managed many internal compliance investigations for a broad array of healthcare providers. These engagements have included frequent interaction and negotiation with various state and federal prosecutorial and enforcement agencies, as well as the preparation and submission of self-disclosures under both state and federal law.

Bob has conducted special seminars and presentations for various clients and professional associations, such as the New York State Bar Association, Albany County Bar Association, Hospital Education and Research Fund of the Healthcare Association of New York State and the Healthcare Trustees of the State of New York. Topics addressed include corporate governance and compliance issues, civil litigation tactics and techniques, patient confidentiality, incident and misconduct reporting, the legal implications of medical staff peer review and the fiduciary duty of board members.

Bob has been named to Best Lawyers in America for Commercial Litigation, Healthcare, Antitrust Litigation and Regulatory Enforcement Litigation by U.S. News & World Report for the past 26 years. Additionally, Bob was named to the 2018 edition of Upstate New York Super Lawyers.

Bob is a former president and member of the Board of Education of Cambridge Central School. In addition, he is the former chair of the University at Albany Foundation’s Council for Intercollegiate Sports.