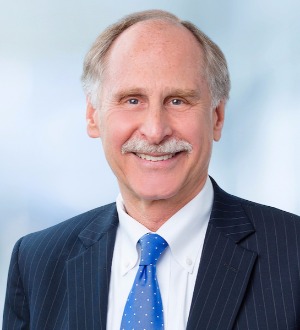 Robert G. Brewer, Jr. is an attorney at Lerch, Early & Brewer in Bethesda, Maryland whose practice is rooted in the firm’s Land Use & Zoning and Health Care groups. Robby skillfully guides clients through the critical phases of expanding, developing, buying and selling real property, and has counseled hospitals, institutional health care entities and physicians in a wide variety of health care and land use matters.

After earning his Bachelor of Arts from Hamilton College in Clinton, N.Y., Robby returned to his native Maryland to attend the University of Maryland School of Law where he received his Juris Doctor with honors. After graduation, he served as law clerk to the Honorable Richard B. Latham, 6th Judicial Circuit of Maryland. In 1977, Robby joined the firm that today bears his name. He is a member of the Maryland and District of Columbia bars.

In addition to serving four times as Lerch Early’s managing partner, Robby’s service to the legal profession includes leadership roles in the Maryland State Bar Association and pro bono service to housing groups like Habitat for Humanity and to community groups like the Miracle League of Montgomery County, Bethesda Fire Department and Big Train Baseball. Since 1991, he has been listed in Best Lawyers in America and has been listed by Chambers USA since 2007 as one of Maryland’s leading real estate and health care attorneys.

Through the years, Robby has been an active leader in many of the area’s most prominent civic, community and cultural organizations, including the Greater Bethesda-Chevy Chase Chamber of Commerce, Imagination Stage, Bethesda Kiwanis Club, Bethesda-Chevy Chase High School Educational Foundation and Bethesda Urban Partnership, Inc. He currently serves as vice chair of Strathmore Hall Foundation (Music Center at Strathmore) and the Montgomery Business Development Corporation.

The Chevy Chase resident is the father of two grown children: one is an officer in the U.S. Marine Corps and the other is pursuing a graduate degree in social work. For recreation, Robby enjoys biking and skiing. His love of music frequently leads him to the New Orleans Jazz Fest, as well as to local concert venues. In addition to music, Robby enjoys travel, biographies, photography and independent films.