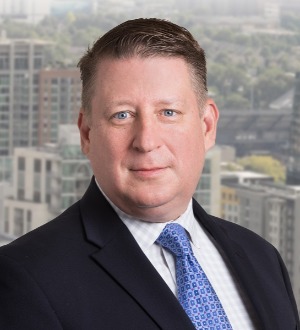 Bob Mowrey represents clients facing complex environmental and energy matters, including litigation, enforcement and regulatory advice.  His preeminence in his field has been recognized with listings in Best Lawyers in America; Chambers USA America’s Leading Business Lawyers; Who’s Who Legal; Legal 500; and LawDragon.

Prior to becoming a founding partner of the firm, Bob spent 21 years practicing at Alston & Bird, LLP, a national Am Law 100 firm, where he was the long-time chair of Alston’s Environmental and Land Use practice group.  During his tenure, the prominence of the group rose to a national level.  He also formed and chaired Alston’s Energy and Sustainability practice, which in the short period since it was formed, saw national and international recognition for climate change and renewable energy expertise.

Bob has handled a wide range of environmental-related matters on a nation-wide basis, including environmental and toxic tort litigation brought by private plaintiffs and enforcement actions brought by state and federal governmental entities.  Many of these matters have presented “bet the company” scenarios.

Bob has also focused on cutting edge climate change issues and has advised clients on emerging greenhouse gas emission regulatory issues in the United States and abroad. He is experienced in structuring and drafting Emission Reduction Purchase Agreements under the Kyoto Protocol’s Clean Development Mechanism as well as under domestic voluntary carbon credit regimes.

Bob is a past chair of the Environmental Law Section for the State Bar of Georgia.  He frequently writes and speaks on environmental legal issues.