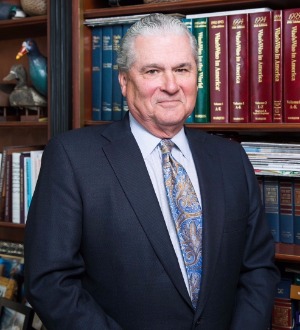 Mr. Lowe is a Board Certified Family Law Specialist with over 40 years of experience handling family law and other civil matters. He has distinguished himself as one of the preeminent family law attorneys in Louisiana, and is recognized locally and nationally as a leader in his practice area. He represents parties in various family law matters, such as prenuptial and postnuptial agreements, interspousal contracts, divorce actions, property partitions and divorce-related issues such as child custody and visitation, and spousal and child support. He also handles other family law cases such as paternity, conservatorship, and guardianships. Mr. Lowe has extensive experience in successfully representing high profile clients in a discreet yet aggressive fashion. He works within the traditional bounds of the court system, and also with mediators, mental health professionals, and tax and financial consultants to determine the best resolution for each individual situation.

Mr. Lowe is the author of Louisiana Divorce (West Publishing Company), published in 1984, and revised annually. He enjoys a Martindale Hubbell AV rating, the highest attainable, and has for over 30 years. He has also authored numerous articles for professional publications, and is a frequent lecturer (over 70 presentations) at educational and professional programs locally and nationally. He has spoken before the American Bar Association, the Louisiana Bar Association, the American Arbitration Association, Paul M. Hebert Law Center at Louisiana State University, Tulane University School of Law, Loyola University School of Law, and the New Orleans Bar Association. He also taught the Bar Review Course in Persons and Community Property at the Paul M. Hebert Law Center at Louisiana State University for many years. He is also a trained commercial mediator. He is listed in Best Lawyers in America (since its initial publication in 1983, and was named New Orleans Family Lawyer of the Year in 2014 by that publication), Who's Who in America, Louisiana Super Lawyers every year since its publication, including Top 50, 2007 and 2008, Who's Who in America, Who's Who in American Law, Who's Who in the World, Who's Who in the South and Southwest, and has been listed annually in New Orleans Magazine's Top Lawyers in New Orleans. He was profiled in New Orleans Magazine in 1989 and in Kingfish Magazine in 2001.