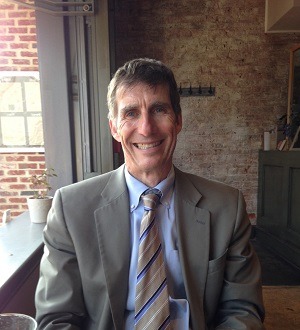 Additionally, his practice also includes trials, appellate, and post-conviction matters, including defense of death penalty prosecutions.In a post-conviction proceeding, Mr. Biddle represented a defendant facing a death sentence whose conviction and sentence were vacated in a reported decision, Conyers v. State, 367 Md. 571 (2002). He represented a defendant in a three-month federal death penalty trial who received a life sentence after extensive mitigation evidence was provided to the jury.

Attorney Biddle has extensive expertise in health care fraud defense, including representation of:

Mr. Biddle is the former Co-Chair of the ABA White Collar Crime Committee's Forfeiture Subcommittee and was the federal forfeiture columnist for the Maryland Criminal Defense Attorneys Association newsletter. He has authored more than a dozen articles on federal forfeiture, including forfeiture of attorneys' fees, and has spoken to numerous organizations regarding asset forfeiture. He has lectured on forfeiture topics at the ABA's Health Care Fraud National Institute and the American Health Lawyers Association's Annual Medicare Fraud and Abuse Program. He edited the second edition of the American Health Lawyers Association's Healthcare Compliance Legal Issues Manual.

Mr. Biddle was selected for inclusion in the Maryland Super Lawyers for 2008-2020 in the area of White Collar Criminal Defense.

Martindale-Hubbell® has continually given Mr. Biddle its highest AV® Rated/Rating for more than 20 years in a row.

Mr. Biddle was also selected for Inclusion in the Best Lawyers of America for 2019-2021 (White Collar Criminal Defense).

Mr. Biddle is married and has two children. He lives in Annapolis, Maryland, and is a long time member and lay leader at St. Anne's Episcopal Church. He coached youth soccer for several years and is the former President and current Secretary and Board Member of the Annapolis Junior Rowing Association.

He enjoys outdoor sports including rowing, backpacking, running, skiing, and tending to his family's tomato plants in the summer.