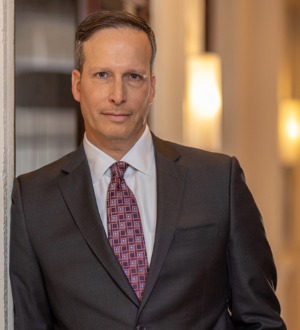 Mr. Boyers was born in Queens, New York and honed his trial skills as a New York City prosecutor and civil trial lawyer with a top Manhattan personal injury law firm. Over the past 26 years, Mr. Boyers has achieved numerous multi-million dollar awards for his clients. He  had repeatedly been voted one of the Best Lawyers in America by his peers in the areas of personal injury and medical malpractice, he holds an AV Preeminent rating - the highest rating for legal skill, integrity and professional standards of conduct- in the Martindale-Hubbell Legal Directory. Rob Boyers is listed as one the Top 100 Trial Lawyers in Florida by the National Trial Lawyers’ Association and was designated one of the Top 100 Litigation Lawyers in Florida by the American Society of Legal Advocates for 2014 and 2015 and has received lifetime recognition in America's Top 100 Attorneys. He has also been repeatedly recognized as a Top Lawyer in the South Florida Legal Guide, as one of Florida's Legal Elite in Florida Trend magazine and as a Super Lawyer in Florida Super Lawyers Magazine where he was voted one of the Top 100 Lawyers in Miami, Florida and was named as an Attorney to Watch by Attorney at Law Magazine. Mr. Boyers was also named a Legal Impact Leader for South Florida in the August 2008 issue of Business Leader Magazine. Mr. Boyers holds a 10/10 rating, which is the highest rating possible under the Avvo lawyer rating system and is a member of the Million Dollar Advocates Forum which recognizes top trial lawyers in America. Mr. Boyers writes and lectures frequently on civil trial matters and is the author of the 2010 supplement to the treatise, Proving Mental and Emotional Injuries, James Legal Publishing, in which he authored chapters on effectively litigating and trying cases involving traumatic brain injury.

He is admitted to the state bars of Florida, New York and Connecticut and the federal bars of Florida and New York. He is a graduate of the Emory University School of Law located in Atlanta, Georgia.

If you, or someone you know, have been injured as the result of negligence, medical malpractice or a dangerous or defective product, contact us today for a free evaluation of your claim. You deserve the best representation available and that is what our trial attorneys strive to provide at Boyers Law Group.