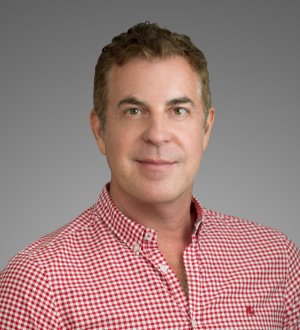 Recognized by Best Lawyers® since 2006.
1901 Avenue of the Stars, Suite 1600 Los Angeles, California 90067
(310) 228-3700
|
Firm: Sheppard Mullin Richter & Hampton LLP
|  Website
Edit Profile
Edit Your Profile
To edit your Lawyer Directory information, please login to your
Best Lawyers® Admin Account.
If you have any questions or need assistance, please contact us at info@bestlawyers.com or 803.648.0300.
Overview
Firm

Over the course of Bob Darwell's legal career, Bob has worked on the development, finance, production and distribution of hundreds of motion pictures and television productions (including personal favorites such as “Traffic”, “Brokeback Mountain”, and “Eternal Sunshine of the Spotless Mind”).  In addition, he’s handled major newsworthy deals such as Disney’s termination of Bob and Harvey Weinstein (which garnered him the prestigious CLAY Award as California Entertainment Lawyer of the Year for Entertainment) and Disney’s subsequent sale of Miramax.  Bob later served as lead entertainment counsel to Comcast in connection with its acquisition of NBC Universal.

Bob brought his team to Sheppard Mullin in 2003 and served as Chair of the Entertainment, Technology and Advertising practice for more than a decade as it achieved accolades such as Top Tier ranked by Chambers and US Legal 500, as well as Entertainment Practice Group of the Year by Law 360.

Through the years, Bob launched several specialty practices in the areas of advertising, fashion, and art law and has handled transactions that reflect the intersection of those verticals as well as those in sports, music, gaming, merchandising and mobile/digital areas. He represents clients in all segments of these businesses around the world. He currently serves as legal counsel to Amazon Studios for its film and television content and has handled some of the most significant new media deals for clients such as AwesomenessTV, Machinima, and Endemol Beyond.