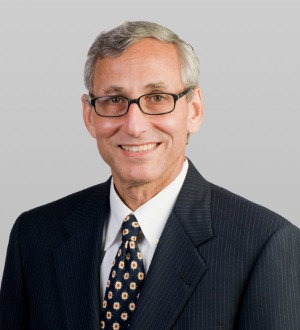 Richard M. Rand has practiced labor and employment law in Hawaii for more than 28 years.  He has counseled employers on a wide range of federal and state legal issues including employment claims, wage and hour law, traditional labor law issues, complex labor negotiations and Davis Bacon Act compliance.  Known as an experienced trial lawyer, he has served as lead counsel in jury trials in both federal and state court, in state and federal administrative proceedings, and has argued numerous cases before the United States Court of Appeals for the Ninth Circuit and the Hawaii Appellate Courts.

Mr. Rand also represents employers in arbitration and mediation proceedings.  He has represented both buyers and sellers in the labor and employment aspects of many major real estate transactions.  He negotiates collective bargaining agreements for employers and counsels them on the administration of those agreements.

Mr. Rand joined MJW as a partner in January 2007.  Previously, he was a Director with Torkildson Katz et al.

Mr. Rand is admitted to practice law in the state and federal courts in Hawaii, and the Ninth Circuit Court of Appeals. Mr. Rand has been recognized in The Best Lawyers in America as one of Hawaii’s premier employment lawyers.  He is also listed in the Chambers USA directory, America’s Leading Lawyers for Business.  He serves as Chairman of the Board of Directors of Ronald McDonald House Charities of Hawaii.

He is a graduate of the University of Pennsylvania and Georgetown University Law Center.