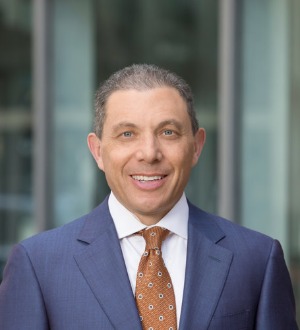 Recognized by Best Lawyers® since 2005.
1600 Stout Street, Suite 1400 Denver, Colorado 80202
(303) 573-1900
|
Firm: Recht Kornfeld PC
|  Website
Edit Profile
Edit Your Profile
To edit your Lawyer Directory information, please login to your
Best Lawyers® Admin Account.
If you have any questions or need assistance, please contact us at info@bestlawyers.com or 803.648.0300.
Overview
Firm

Rick’s international practice includes advising corporations and individuals on the Foreign Corrupt Practices Act, export control laws, and the interplay between U.S. and foreign laws and regulations. Admitted to practice before the International Criminal Court in The Hague, Rick has been involved in cases in Europe, South America and Asia.

A graduate of Northwestern University’s Medill School of Journalism and the University of Michigan Law School, Rick is annually listed in The Best Lawyers in America, 5280 Magazine’s list of Colorado Super Lawyers, and Chambers U.S.A. and Partners in the area of white collar criminal defense. He has received the highest AV rating by Martindale-Hubbell. Rick is admitted to practice before the U.S. Supreme Court, the Seventh and Tenth U.S. Circuit Courts of Appeal, various federal courts, and the Colorado and Illinois Bars.

A fourth-generation Coloradan, Rick is active in the Denver legal and nonprofit communities. He currently serves as an Adjunct Professor of Law at the University of Denver Sturm College of Law, and has taught Continuing Legal Education courses on white collar crime, trial tactics, criminal sentencing issues, and internet crime. He serves on numerous nonprofit boards, including the Allied Jewish Federation of Colorado and the Rose Community Foundation.