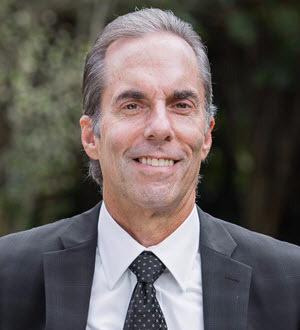 Rick Meadow has nearly 30 years of seasoned experience in courtrooms across the U.S.  Rick represents individuals who have been injured by dangerous pharmaceutical drugs, medical devices, asbestos, medical malpractice, defective products, construction defects, lead poisoning, and motor vehicles, as well as the negligence of premises owners and municipalities. A veteran of more than 25 cases successfully tried to verdict, Rick provides a rare level of courtroom experience. He has helped win three different cases that ranked among the largest verdicts in the nation by The National Law Journal.

Mr. Meadow also has extensive experience in the representation of large national insurance companies as an insurance defense attorney. This experience provides a 360 degree perspective of the practice of tort law in the United States. He is the Chair of the Lanier Law Firm's Pharmaceutical Litigation Division and serves on the Plaintiffs' Steering Committee of several national litigations.

Since joining the Lanier Law Firm, Rick Meadow was part of the trial team that obtained plaintiffs' verdicts in the Vioxx litigation in excess of $300 million. As part of the trial team at his former firm, he obtained jury awards of over $53 million and $47 million for his clients. Both verdicts appeared in The National Law Journal's list of largest verdicts in 2002 and 2003, respectively. He has settled millions of dollars in claims and argued appeals before the New York and New Jersey Appellate Divisions.

In 2017, Rick Meadow was named to the Plaintiffs' Executive Committee in the federal multidistrict litigation against Johnson & Johnson over ovarian cancer claims involving the company’s talcum powder products. Mr. Meadow joins three other attorneys appointed to the committee by U.S. District Judge Freda L. Wolfson of the U.S. District Court of New Jersey. As a member of the committee, Mr. Meadow will continue to investigate and develop the claims while also overseeing the coordination, preparation, and presentation of the cases. The lawsuits allege that for decades Johnson & Johnson has sold and marketed talc-based hygiene products such as Johnson’s Baby Powder despite being aware of and concealing scientific evidence linking those products to ovarian cancer.

A graduate of California Western School of Law (J.D. 1984) and Rutgers University (B.A. 1979), Mr. Meadow is licensed to practice law in Texas, New York State, New Jersey and Pennsylvania, numerous Federal Courts and is admitted to the Bar of the United States Supreme Court. He has served as Co-Liasion Counsel for the New Jersey Coordinated Levaquin litigation before Judge Carol Higbee.

An active participant in Texas, New York and National Bar Associations, Mr. Meadow has served on the Board of Directors of the New York State Trial Lawyers Association. Mr. Meadow has lectured at numerous legal conferences and has been appointed to many committees that explore issues germane to the medical and legal communities. Born in New York, he currently resides in Houston with his wife, Kirsten, and is the proud father of Ruby and Joshua. Texas and New York Super Lawyers has recognized Mr. Meadow as ranking among the top attorneys in both states, and he is a member of the Million Dollar Advocates Forum.