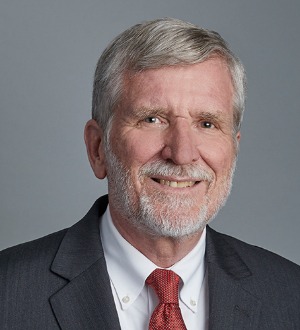 Recognized by Best Lawyers® since 2007.
One PPG Place, Suite 1500 Pittsburgh, Pennsylvania 15222
(412) 566-1212
|
Firm: Tucker Arensberg, P.C.
|  Website
Edit Profile
Edit Your Profile
To edit your Lawyer Directory information, please login to your
Best Lawyers® Admin Account.
If you have any questions or need assistance, please contact us at info@bestlawyers.com or 803.648.0300.
Overview
Firm

One of his most significant cases was Ferens v. John Deere Co. where he successfully argued before the U.S. Supreme Court. The Court agreed with our client’s position that a federal district court must apply the state law of the state where the lawsuit was filed even after the lawsuit has been transferred to a federal court in another state at the plaintiff’s request. As a result, an injured farmer was granted recourse using the longer statute of limitations of the state in which the lawsuit was filed and in which the defendant company did business. The statute of limitations in the farmer’s home state had expired.