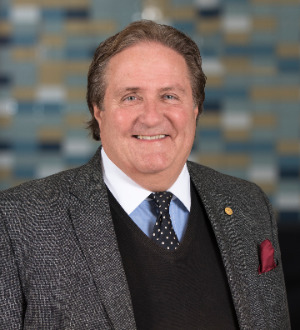 Years In Practice
Phone Number (619) 237-5200
Rich Paul has been a fixture among California management employment lawyers for over 30 years, with a special emphasis on representing research and institutions of higher education, as well as community impact and other complex organizations, in transactions and litigation.

After graduating from Stanford Law School, Rich joined the Gray Cary firm, and became a partner and Chair of that firm's Employment Law Group. In 1998 Rich co-founded his own firm, Paul, Plevin, Sullivan & Connaughton, to continue focusing on private and public sector employment law issues for California employers and matters affecting high tech, research, higher education and arts and other community organizations.

Mr. Paul is a frequent lecturer on California and national employment law panels, having been an invited presenter in Chicago, Atlanta, New Orleans, Las Vegas, Scottsdale, Toronto, Washington, D.C., and other venues. He has served as an adjunct Professor of Employment Law at USD Law School for many years, and has been a regular lecturer at UCSD and a visiting lecturer at other law schools. He has served on a variety of Boards, including the Editorial Review Board for the California Employment Law Letters, and is past Chairman of the Board of The San Diego Blood Bank.