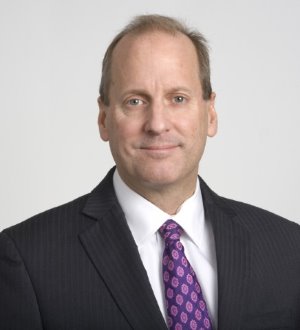 Recognized by Best Lawyers® since 2010.
200 Public Square, Suite 4000 Cleveland, Ohio 44114
(440) 838-8800
|
Firm: Fisher Phillips LLP
|  Website
Edit Profile
Edit Your Profile
To edit your Lawyer Directory information, please login to your
Best Lawyers® Admin Account.
If you have any questions or need assistance, please contact us at info@bestlawyers.com or 803.648.0300.
Overview
Firm

Rich Millisor is a partner in the firm’s Cleveland office.  His practice focuses on representing employers and consumer reporting agencies in complex litigation, including claims asserted under the Fair Labor Standards Act (FLSA), the Fair Credit Reporting Act (FCRA), Title VII and other federal and state employment laws.  He has developed strong experience litigating collective and class actions asserted under the FLSA, the FCRA and other employment laws.

Rich also has extensive experience representing employers before administrative agencies in all areas of employment and labor law, including the Equal Employment Opportunity Commission (EEOC) and the National Labor Relations Board (NLRB).  He has also argued multiple cases before the Supreme Court of Ohio and the United States Sixth Circuit Court of Appeals.

Rich also has an active traditional labor practice, where he represents employers in prosecuting arbitrations and negotiating collective bargaining agreements. Additionally, he actively counsels and assists clients in achieving their business objectives while avoiding and resolving employment and labor disputes.

Rich is “AV” Peer Review Rated by Martindale-Hubbell and has been listed in Chambers USA: America’s Leading Lawyers for Business, since 2007. He has also been recognized by Best Lawyers in America since 2010 and Ohio Super Lawyers since 2005.