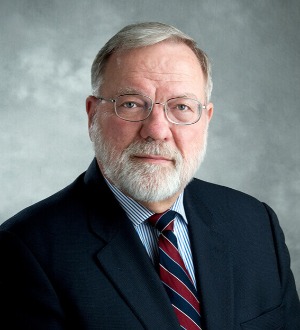 Recognized by Best Lawyers® since 1983.
401 West A Street, Suite 2600 San Diego, California 92101
(619) 236-1551
|
Firm: Higgs Fletcher & Mack LLP
|  Website
Edit Profile
Edit Your Profile
To edit your Lawyer Directory information, please login to your
Best Lawyers® Admin Account.
If you have any questions or need assistance, please contact us at info@bestlawyers.com or 803.648.0300.
Overview
Firm

Mr. Shaw serves as an expert witness in corporation, partnership, securities and tax litigation matters. He is a nationally recognized business and tax lawyer. He is a past Chair of the ABA Section of Taxation, a 20,000-member national organization, and past President of the American Bar Retirement Association (2002-2003). He previously served three years as Vice Chair of the ABA Section of Taxation for Professional Services throughout the United States and served nine years on its governing Council. He has chaired the American Bar Committee on S Corporations. He has testified before Congress and the I.R.S. on corporate tax reform, Subchapter S, tax shelters, tax simplification and ethics. He has been Chair of the California Bar Tax Section, Western Region Tax Bar Association, and the San Diego County Bar Business Law Section. In 1985, he was awarded the California State Bar’s V. Judson Klein Award for outstanding tax service in California, in 1994, the ABA Tax Section Service Award, and in 2005 the California State Bar Tax Joanne Garvey Award for outstanding lifetime contributions to tax law. He is a past Regent for the Ninth Circuit in the American College of Tax Counsel, a Fellow of the American Bar Foundation, and a past Trustee and executive committee member of the American Tax Policy Institute. He chaired the Taxation Task Force for the White House Conference on Small Businesses.

Since 1978, Mr. Shaw has lectured as a Distinguished Adjunct Professor in Advanced Business Planning and Advanced Corporate Tax Planning at the University of San Diego Law School Masters in Taxation Program. He lectures nationally on business and tax subjects and has chaired numerous programs at national institutes, such as the American Bar Association, ALI-ABA, NYU, USC and National PBS. He has published articles in many national publications such as The Tax Lawyer, Journal of Taxation, Major Tax Planning, and the Tax Law Review. He is currently an editor of Business Entities (WGL/RIA) and has previously been an editor of the Federal Bar Journal, Oregon Law Review, The Tax Lawyer, and the Journal on S Corporation Taxation. He is an Advisory Board member and has chaired programs for the NYU Tax Institute on Federal Taxation and is on the Dean’s Advisory Council, University of Oregon Law School. He is a member of the ABA, and has chaired the National Conference of Lawyers and CPAs. His listings have included Who’s Who In American Law, Who’s Who In America, and Who’s Who In The World, The Best Lawyers in America, and The Super Lawyer (top 50 in San Diego).

He has been selected as a San Diego “Super Lawyer®” each year since in 2015, a prestigious designation awarded to no more than 5 percent of the lawyers in the state.