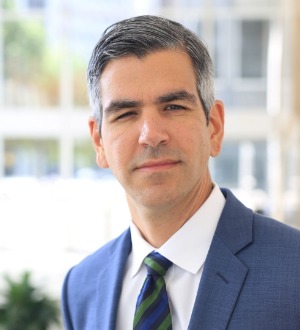 Ray T. Khirallah Jr. has tried injury cases to verdict throughout the state and has developed expertise in handling severe and catastrophic injuries in diverse venues. He has secured multi-million dollar verdicts and settlements in oil-field, 18-wheeler, and premises liability cases throughout Texas.

Ray is frequently asked to speak on trial issues at Texas State Bar CLE courses, including the Advanced Personal Injury seminar, the Damages in Civil Litigation, and products liability seminars. In 2021, he presented “Stowers and Insurance Bad Faith in Car Crash Cases” for the Car Crash Seminar CLE held by UT Law. After practicing for several years in South Texas, Ray recently moved back home to Dallas to join Hamilton Wingo, LLP. Ray is originally from Dallas and worked as a journalist and high school teacher for five years before attending law school in Boston.

Ray’s recent verdicts and successes include: