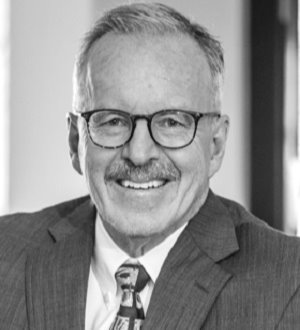 Randall A. Peterman specializes in bankruptcy, loan workouts, commercial litigation, lender liability defense, and agricultural lending. Mr. Peterman has extensive experience in representing commercial lenders and leasing companies, banks, and other financial institutions in bankruptcy and complex credit transactions. In his commercial litigation practice, he has represented lenders in defense of numerous lender liability claims and in dealing with various Uniform Commercial Code and real estate litigation. His agricultural lending practice is grounded in representation of lenders who deal with loan advance and lien priority issues in the agricultural area. Mr. Peterman is also outside general counsel for Northwest Nazarene University.

Mr. Peterman is one of four attorneys in Idaho who is a fellow in the coveted American College of Bankruptcy. He is also a member of the American Bankruptcy Institute®. Among other accolades, Mr. Peterman has been named the top bankruptcy and creditors rights lawyer in Idaho in 2012 and 2015 by Best Lawyers® and was named Insolvency Professional of the Year in 2019. He is a frequent speaker on banking and bankruptcy issues at legal seminars.

Mr. Peterman graduated summa cum laude from Northwest Nazarene University in 1973, and graduated from the University of Washington Law School in 1976, where he was editor of the Washington Law Review and a member of the Order of the Coif. He commenced his practice by acting as a law clerk in 1977 for the Honorable Gerald F. Schroeder, who is now a retired Idaho Supreme Court justice. Mr. Peterman practiced in Boise for thirty-eight years before joining Givens Pursley. He is an active member of the Idaho State Bar Commercial Law and Bankruptcy Section and served as the president of that section in 1989-1990.

He is also active in the Corporate and Business Section of the Idaho State Bar and acted as the president of that section in 2000-2001. Mr. Peterman has been selected among the Best Lawyers in America for over two decades, has been recognized by Super Lawyers Magazine, and has been selected by Chambers USA as one of America's leading lawyers for business. Mr. Peterman is also a Martindale-Hubbell AV Preeminent 5.0 out of 5.0 rated attorney.