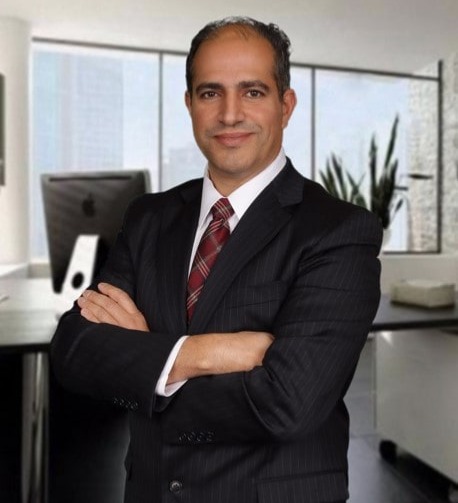 Rami D. Fakhoury is the founder and Managing Director of Fakhoury Law Group (FLG, now known as FGI), the largest independently-owned business-based immigration law firm in Michigan. FGI embodies his life-long belief in the economically vital role that immigrants have and advances his goal of helping businesses to fulfill their talent needs and individuals to realize their aspirations. “Every wave of immigrants,” he says, “has brought many talents, skills, and aspirations to this country, making the United States the world’s leader in business, technology, and innovation. My goal in starting FLG back in 1997 was to help American companies grow and prosper by bringing in hard-working and talented employees from all over the and to give those same people the chance to fulfill their dreams. Seeing that I started out with just a desk and a computer and a handful of case files, our dramatic growth shows not only that immigration continues to be vital to the economic future of our nation and the world, but that many companies have found our methods ideal to satisfying their talent mobility needs.”

As a published author and an editor, Rami has organized informational sessions and webinars for businesses, universities, and other stakeholders worldwide, and has presented to the American Immigration Lawyers Association (AILA) on several occasions. His publications comprise several immigration law books including as editor for The Consular Posts Book, 2015-2016 . (ILW.com: 2016) and USCIS Immigration Procedures and US State Department Consular Processes (ILW.com: 2009); and authoring The Immigration Practitioner’s Guide to U.S. Export Control Regulations (ILW.com: 2011), The PERM Book, 3rd . (ILW.com: forthcoming, January 2017), chapters on H-1B, EB-1, EB-5 and TN visas in the Global Business Immigration Practice Guide (LexisNexis: 2012), a regular column on global IT and US immigration law for the Financial Times of India, as well as hundreds of policy articles, professional and trade group presentations, and white papers. He has also drafted immigration policy proposals for the State of Michigan and is actively involved in several initiatives with local governments in the southeast Michigan region.