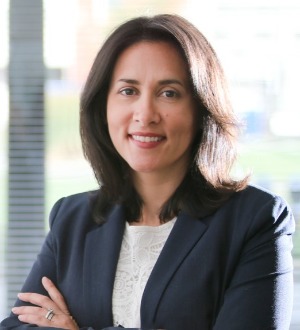 Recognized by Best Lawyers® since 2017.
1115 Broad Street Bridgeport, Connecticut 06604
(203) 368-0211
|
rpencu@cohenandwolf.com
Firm: Cohen and Wolf, P.C.
|  Website
Edit Profile
Edit Your Profile
To edit your Lawyer Directory information, please login to your
Best Lawyers® Admin Account.
If you have any questions or need assistance, please contact us at info@bestlawyers.com or 803.648.0300.
Overview
Firm

Rachel A. Pencu is a principal in Cohen and Wolf's Family Law and Litigation Groups. Dividing her time between the firm's Bridgeport and Westport offices, Ms. Pencu practices primarily in the area of family law litigation.

Ms. Pencu serves as a Special Master, appointed by the Superior Court, to mediate divorce disputes in the judicial districts of Bridgeport, Danbury and Milford. She is admitted to practice in Connecticut and is a member of the American, Connecticut Fairfield County and Greater Bridgeport Bar Associations. In the Spring of 2011, she completed the Connecticut Judicial Branch Attorney for the Minor Child / Guardian Ad Litem Training, and in the Fall was sworn into the U.S. Supreme Court bar. She was appointed by Governor Malloy to serve on the Commission for Child Support Guidelines, of which she served as its Co-Chair. Ms. Pencu previously served as Chair of the Bridgeport Local Unit for the CBA Young Lawyers Section, and currently sits on the Board of Directors for the Westport Arts Center (WAC), a visual and performing arts non-profit organization. In 2009, she graduated from the Bridgeport Regional Business Council's "Leadership Greater Bridgeport Program."

In 2013, Ms. Pencu received a prestigious New Leaders of the Law Award. Sponsored by the Connecticut Law Tribune, the awards program honors Connecticut lawyers who demonstrate leadership, innovation, and dedication within their profession and communities. She is named a "Rising Star" by  Connecticut Super Lawyers (2011-2019), and holds an AV® Preeminent™ Peer Rating, the highest possible Peer Review Rating™ from Martindale-Hubbell.  She is also listed in Best Lawyers® (2017-2019) for her work in Family Law.

Ms. Pencu received her B.A. in 2001 from Washington University and her J.D. in 2004 from the University of Connecticut School of Law, where she served on the editorial board of the Connecticut Journal of International Law.