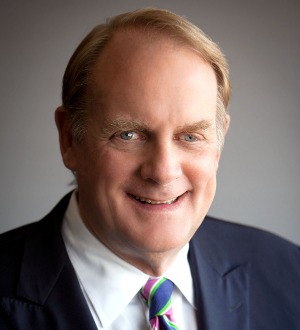 R. Jamison Williams, Jr. is regarded as among the premier corporate law attorneys in Michigan. He is the founder and Managing Partner of Williams, Williams, Rattner & Plunkett, P.C.

Rick’s comprehensive understanding of business transactions includes hands-on experience based on his ownership of several companies, including start-ups. Prior to commencing his legal career, Rick worked in New York City as an investment banker for Smith Barney and as a management consultant for Booz, Allen & Hamilton. He also served as a Lieutenant in the U.S. Navy and is a graduate of the Defense Languages Institute (Russian).

Rick is actively involved in local community affairs. He is Chairman of the Board of Trustees of the Michigan Opera Theater, and his tireless leadership of the organization prompted OPERA American to honor Rick with the 2018 National Opera Trustee Recognition Award. He has served or serves on the Boards of Trustees of the Cranbrook Educational Community, the Detroit Symphony Orchestra, Beaumont Hospital, University of Michigan’s Center for Hearing Disorders. He is a board director of a number of companies, including Penske Corporation, Clarke Power Services, Nexlink Communications, Conifer Holding Company, Green Optics and others.

Rick is frequently honored by peers and ranking organizations for outstanding accomplishment in the field of corporate law. Most recently, he was named among “The Best Lawyers in America” in 2016 by the most highly respected peer-review publication in the legal profession. Other of his accolades include being named a finalist for "Deal Maker of the Year" by Crain’s Detroit Business, "Deal Maker of the Year in Cross-Border (European/American) Transactions" by The M&A Advisor, a "Leader in the Field of M&A" by Chambers & Partners International, "Detroiter of the Year" by Hour Magazine, and consistent annual recognition as a Michigan “Super Lawyer” by Thomson Reuters.

What legal services does this lawyer offer?
Business Organizations (Including LLCs and Partnerships)
Corporate Law
Awards