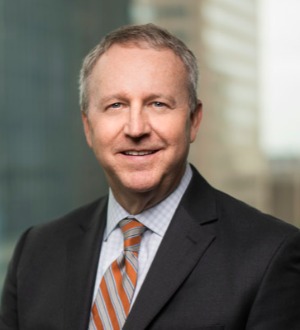 Alan Deer has broad experience in banking, financial services, and corporate law, with his primary focus on:

Alan also advises boards of directors and committees of financial institutions on corporate governance matters generally and in connection with strategic transactions, regulatory actions, internal investigations, and executive management transitions. He has experience with and insight into the fiduciary duties and responsibilities of corporate directors.

Alan was formerly general counsel and corporate secretary for a top 20 bank holding company, where he provided legal oversight for mergers and other financial transactions valued in excess of $15 billion. He is consistently listed in the top ranks in his areas of practice by the Chambers USA, The Best Lawyers in America®, and other similar publications. In 2016, Alan was named “Lawyer of the Year” for Financial Services Regulation Law in Birmingham by The Best Lawyers in America®.

Alan is a frequent presenter on banking and corporate-related topics.  He also has served as an adjunct professor of banking law at the Cumberland Law School at Samford University in Birmingham.