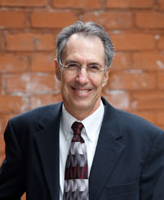 Phil earned his bachelor's degree from the University of Colorado in 1975 and earned his J.D. from Northeastern University School of Law in 1978. He has practiced immigration law exclusively since 1985, including all aspects of business and family immigration, as well as deportation and removal defense.

In recent years, he has focused primarily on representing individuals placed in removal proceedings. He has been a member of the American Immigration Lawyers Association since 1985 and served as Chapter Chair of the Colorado AILA Chapter in 1989. Phil has been selected by his peers for inclusion in The Best Lawyers of America® in the field of immigration for over ten years, and has been selected for inclusion in Colorado Super Lawyers® Editions 2006, 2007, 2008, and 2009. He is also a recipient of the Special President's Award from the Denver Bar Association for pro bono work
What legal services does this lawyer offer?
Immigration Law
Awards