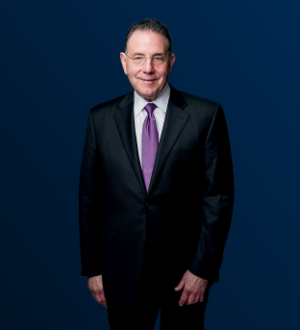 Philip Freidin has been practicing law for 50 years and has devoted his life to representing clients who have been seriously injured by the wrongful acts of others. Phil has represented plaintiffs in some of the most significant personal injury and medical malpractice cases in Florida’s history and has earned his status as a pillar in the South Florida legal community. Phil has been Board Certified in Civil Trial Law since 1989 and recertified twice. Over the course of his career, Phil has conducted more than 200 jury trials and around 100 non-jury trials, all involving personal injury and medical negligence issues.

Since 1984, Phil has also been an active leader in the Florida Justice Association. After joining, he was elected Secretary, Treasurer, and then President of the statewide organization, which had 3,500 members at the time. Phil’s stature in the legal community has been recognized by Florida Governors, U.S. Senators, and Florida Supreme Court Justices. He has been appointed to serve on multiple Judicial Nominating Commissions—both at the state and federal levels—over the years and over 60 judges have been appointed as a result of his 17 years of membership and participation in JNCs.