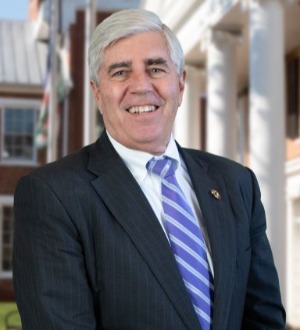 Peter C. Burnett is a graduate of Hobart College and the Antioch School of Law. He has been licensed to practice in Virginia and the District of Columbia for over 40 years. Initially Peter served Loudoun County as a general practice lawyer, but in 1988, he decided to limit his practice to personal injury law.  In the 25 years since, he has established an impressive track record, building Burnett & Williams into one of the most experienced personal injury firms in the state.

Peter has guided the firm through a number of noteworthy cases including multi-million dollar settlements and verdicts for wrongful death, medical malpractice and automobile accident cases.  He has earned a reputation as a relentless advocate who is always willing to negotiate carefully and creatively on behalf of his clients if a fair outcome can be achieved.  In cases large and small, Peter works closely with clients to uncover every important detail and to convey a full understanding of their claims to the insurance adjustors and attorneys on the other side.

For his dedicated service to his clients and the Virginia legal system, Peter has received numerous accolades and honors.  Among them are Lawyer of the Year designated by U.S. News for Plaintiff’s personal injury in 2022 and induction into the Virginia Lawyers Hall of Fame.  He has also served in leadership positions in the Virginia State Bar and locally having been President of the Loudoun County Bar Association, a member of the Virginia State Bar Council, Chairman of the VSB Diversity Conference, and Chairman of the VSB Judicial Nominations Committee. He is currently the Chair of the VSB Senior Lawyers Conference.