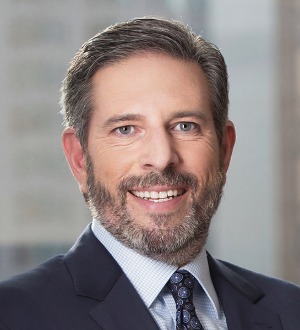 Peter B. Morrison has a broad litigation practice, representing clients in both federal and state courts, with a particular emphasis on takeover and securities litigation. Mr. Morrison advises corporations on matters involving both federal and state securities laws, duties of corporate directors, SEC and stock exchange inquiries and investigations, civil RICO matters, and contests for corporate control. Mr. Morrison is one of only two attorneys nationwide to be named to Law360’s list of “Rising Stars” for three consecutive years (2011-2013). He also was selected for inclusion in The Best Lawyers in America 2014.

Among others, Mr. Morrison has represented:

Mr. Morrison’s contributions to numerous publications include an article for the Practising Law Institute’s Current Developments in Federal Civil Practice 2011; a regular column in the Daily Journal and the NY Business Law Journal that reviews recent major securities cases handled by the U.S. Courts of Appeals; and articles forLaw360, Financier Worldwide, The Daily Deal, Securities Litigation Report, Journal of Securities Law, Regulation & Compliance and The Journal of the ABA Section of Litigation’s Committee on Corporate Counsel. In addition, his quotes have appeared in a variety of articles in such publications as The Am Law Litigation Daily, Law360(“Defense Bar Is Big Winner in 2010 Securities Rulings” and “Supreme Court Draws Bright Line In Janus”) and The Wall Street Journal’s Law Blog (“How I Made Partner at Skadden: ‘Make Yourself Heard’”).

A regular speaker at various conferences and bar groups, Mr. Morrison participated in an event hosted by the Association of Business Trial Lawyers, focusing on “Critical Lessons for Young Lawyers & Summer Associates by Some of LA’s Rising Stars” and at an ALI-ABA program titled “Supreme Court in Janus Limits Securities Fraud Suits: What Does This Mean to Investment Advisers, Attorneys, Accountants and Bankers?” He also was featured in a discussion about securities class actions moderated by and published in Financier Worldwide titled “TalkingPoint: Securities Class Actions in the United States.”