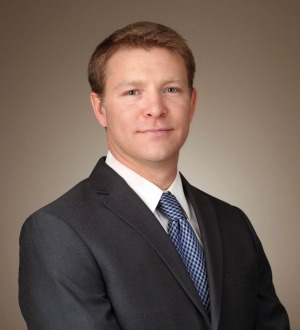 A skilled and dynamic trial lawyer, Peter’s practice focuses on personal injury, complex business and civil litigation and professional malpractice.  In 2013, Peter was recognized for obtaining two of the top ten largest personal injury jury verdicts in the State of Colorado that year.Peter’s litigation background is extensive and he has learned his craft from some of the best.

Prior to joining Ogborn Mihm, Peter led a trial team of attorneys and paralegals at a renowned Denver litigation law firm.  There, Peter directed multi-million dollar litigation in the professional malpractice and wrongful death sectors.  Previously, Peter was a partner at Streib & McClenahan, a Pittsburgh, Pennsylvania business litigation law firm, where he focused upon business partnership and corporate shareholder disputes.

After a chemistry professor at the University of Colorado suffered a massive debilitating stroke as a result of the defendant’s negligence, Peter prosecuted the case from start to finish.  In August of 2013, Peter and another attorney undertook a two week trial in Colorado Springs.  The jury award $4.8 million to the client.

In 2010, a mentally disabled patient died at the Colorado Mental Health Institute of Pueblo after being wrestled by staff members down onto a steel bench, where he was restrained with straps and left by himself in a locked room, face down.  The patient soon died from lack of oxygen.  Peter stepped forward to represent the patient’s parents in litigation against the state hospital.  After obtaining a significant settlement for the clients, Peter continued to work with the family pro bono and spearheaded an effort to change the state laws governing the physical restraint of patients in state mental hospitals.  The lobbying effort was successful, prone restraint is now banned in Colorado’s state mental hospitals.

In 2009, a wheelchair using tenant became trapped in an apartment fire and suffered severe burns.  The landlord had failed to follow fire safety building code regulations. Peter and another attorney brought the case to trial in Jefferson County, Colorado.  The jury awarded $871,933.00 to the client.

In 2002, Peter was selected by his alma mater to serve as an adjunct Professor of Trial Advocacy at Duquesne University Law School in Pittsburgh.  For seven years, in addition to his law practice, Peter spent evenings teaching law students litigation tactics and techniques and he coached multiple teams of law students in interscholastic moot court competitions.