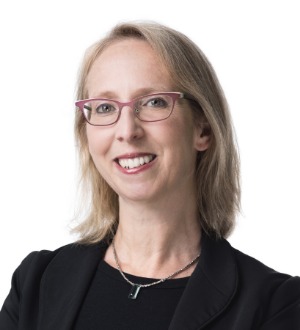 Paulina do Amaral has dedicated her career to achieving justice for individuals injured by dangerous and defective products and other corporate wrongdoing both in the United States and abroad. As a partner in Lieff Cabraser’s New York office, Paulina represents classes, groups, and individuals in complex, multi-party litigation in state and federal courts and in multidistrict litigation throughout the U.S. Paulina’s current work includes the representation of government entities in the national Opioid Epidemic litigation and ongoing related investigations.

Paulina represents women in lawsuits over ovarian cancer injuries allegedly caused by long-term use of talc products, infant birth defects that mothers claim relate to their use of the anti-nausea drug Zofran during pregnancy, and serious complications and injuries tied to the implantation of allegedly defective surgical mesh.

Paulina served as the primary American counsel advising the Canadian team on the settlement of a nationwide class of Canadian individuals who were allegedly injured after taking Fen-Phen. Paulina also successfully represented numerous individual US clients in pharmaceutical cases involving Actos, Vioxx, Baycol, and Rezulin. She also served on the bellwether trial team in the Yaz and Yasmin birth control drug injuries case that was weeks from trial when the entire litigation settled in 2012, and represented parents in litigation on behalf of babies who were severely injured by the Simply Thick food thickening agent that resulted in settlements on favorable, confidential terms in 2014.

Paulina’s past work includes resolving the claims of more than 500 individuals in Eastern Kentucky arising from an October 2000 coal sludge disaster. Paulina also served as lead pro bono counsel on behalf of seven victims and their decedents in hearings before the September 11th Victim Compensation Fund arising out of the 2001 terrorist attacks on the World Trade Center in New York City. The combined awards obtained were in excess of $5 million.