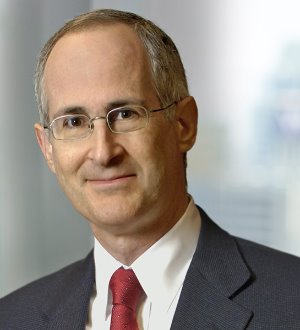 Mr. Schnell has been named as one of the leading lawyers practicing in the U.S. and has been recognized globally and in the U.S. as a leading lawyer in areas such as M&A, private equity, finance, corporate, corporate governance, health care and Latin America. Surveys that recognize Mr. Schnell include Chambers Global, Chambers USA, Chambers Latin America, U.S. News and World Report, The Best Lawyers in America, Who’s Who Legal, Lawdragon 500 Leading Lawyers in America and IFLR1000.

Over the past few years, Mr. Schnell has been involved in more than 90 major publicly disclosed M&A and financing transactions, including 25 deals valued at more than $1 billion each. He has been active in the United States, Latin America, Europe and Asia, and in all of the BRIC countries.

In the first nine months of 2012, Mr. Schnell was involved in:

Mr. Schnell has worked with a large number of the most prestigious companies in the world, advising on major corporate transactions, corporate governance and other matters. He has advised many of the world’s leading financial firms, including Banc of America, Barclays, BTG Pactual, Credit Suisse, Deutsche Bank, Goldman Sachs, J.P. Morgan, Morgan Stanley and UBS Investment Bank. He also has represented U.S. and international private equity firms on transactions around the world.

Mr. Schnell has chaired the editorial board of The M&A Lawyer, a leading M&A publication, since its founding 12 years ago. The editorial board is made up of leading M&A lawyers from around the world. Mr. Schnell also writes and lectures frequently on M&A, corporate governance, private equity and international finance. He chairs the annual Latin Lawyer Conference on M&A in Latin America.

Mr. Schnell has been active in firm management, including serving on Skadden’s governing body, the Policy Committee, and co-chairing the Client Engagement Committee.