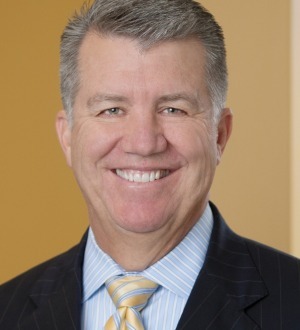 For the past 30 years, Paul has been assisting clients in finding practical solutions to complex financial problems. As a trial attorney, Paul’s practice has centered on financial litigation, representing businesses struggling with problems arising from conventional financing and issues impacting the capital structure of the company. By doing so, he has been involved in commercial and contractual disputes, as well as banking and real estate cases, where he has represented a variety of commercial clients including corporations, insurance companies, savings banks, commercial and national banks, mortgage companies, limited liability companies, and partnerships. His representations have included corporate disputes involving purchase and sale issues, ‘claw-back’ provisions, as well as standard contractual disputes including seeking collection of amounts due and owing under various commercial contracts. His expertise in understanding contractual disputes and handling cases involving claims for breach of contract, in a manner which keeps the value of the contract intact, has led Paul to become national counsel for a Fortune 100 company. He serves as lead counsel in cases filed across the country for this client.

Paul’s expertise in financial litigation has resulted in his involvement in cases by and against lenders both conventional and unconventional, seeking repayment for breach of various loan covenants. He has also been lead counsel on unique cases including a claim against the Federal Government for breach of contract arising from legislation which vitiated contracts by and between the government and various private entities.

Paul is a Vice President and sits on the Executive Committee of Ally Law, a highly selective consortium of business law firms located around the world. His international work has involved multinational litigation involving the financing and procurement of certain corporate assets in Eastern Europe. Additionally, Paul has represented global corporations on claims arising in Europe, Asia, Africa, the Middle East, Canada, and South America.