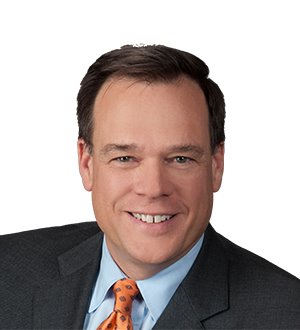 Recognized by Best Lawyers® since 2013.
271 Seventeenth Street, NW, Suite 1900 Atlanta, Georgia 30363
(404) 888-3800
|
Firm: FordHarrison
|  Website
Edit Profile
Edit Your Profile
To edit your Lawyer Directory information, please login to your
Best Lawyers® Admin Account.
If you have any questions or need assistance, please contact us at info@bestlawyers.com or 803.648.0300.
Overview
Firm

He also advises companies on labor and employment issues, including those that arise in connection with mergers and acquisitions, reductions in force, and plant closings, and those dealing with the labor law aspects of government contracting, such as compliance with the Davis-Bacon Act and the Service Contract Act.  In addition, he conducts management training on a variety of labor and employment law issues.  Paul has served as lead counsel in a number of jury and non-jury cases involving claims of discrimination, wrongful discharge, breach of employment contract, and misappropriation of trade secrets.

Paul serves as head of FordHarrison's Traditional Labor Practice Group.  He also is a member of the firm's Healthcare Practice Group.  In addition to representing employers in healthcare, Paul represents companies in numerous industries, including manufacturing, construction, and government contracting.  Paul also worked in house for over five years for an Atlanta-based printing and software company that operated over fifty facilities across the country.