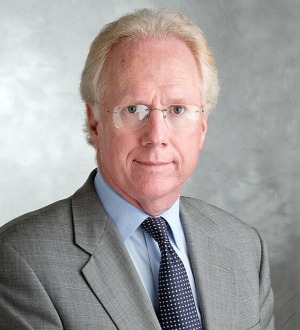 Recognized by Best Lawyers® since 2015.
401 West A Street, Suite 2600 San Diego, California 92101
(619) 236-1551
|
Firm: Higgs Fletcher & Mack LLP
|  Website
Edit Profile
Edit Your Profile
To edit your Lawyer Directory information, please login to your
Best Lawyers® Admin Account.
If you have any questions or need assistance, please contact us at info@bestlawyers.com or 803.648.0300.
Overview
Firm

Recognized as one of San Diego’s top attorneys, and known for his expertise in both civil and criminal legal matters, Mr. Pfingst has successfully litigated many of San Diego’s most high profile trials. He focuses on representing clients in complex litigation, white collar crime, and professional licensing matters in both state and federal courts.

As the San Diego County District Attorney, Mr. Pfingst successfully prosecuted San Diego’s most serious criminal cases, earning a national reputation for his work. In 2000, the United States Attorney General presented him with the coveted “William French Smith Award” for outstanding contributions to law enforcement. He also served as President of the California District Attorneys Association, and he is a former member of the Board of Directors of the National District Attorneys Association. Prior to his election as DA in 1994, he was an HFM partner specializing in product liability, medical malpractice, professional licensing, and general litigation. He was the lead attorney for California physicians in the national breast implant litigation. He rejoined HFM in 2003 and has lectured extensively on trial technique while also contributing to a variety of legal publications.

Mr. Pfingst has appeared before the California Supreme Court and the California Court of Appeals, and he has been selected by his peers to the American Board of Trial Advocates (ABOTA). In addition, he was named a San Diego SuperLawyer® in 2015, 2016 and again in 2018, 2019. He is admitted to practice in both California and New York, and he is a graduate of St. John’s University School of Law and Union College in Schenectady, New York.