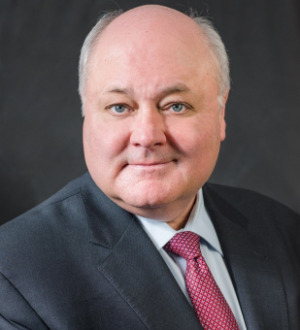 In over 30 years of practice, Mr. Greene has advised some of the nation's largest construction contractors regarding performance and compliance issues in contracting in the public and private sectors, including, especially, federal government contracting. He has prepared, litigated and resolved numerous complex extra work, delay and impact claims on domestic and international construction projects. He also has advised and presented defenses against subcontractor claims and against defective work and delay claims asserted by owners and others. Notably, Mr. Greene successfully presented the seminal Construction Lien Law case before the New Jersey Supreme Court, and tried one of the largest, most complex cases in the history of the United States General Services Board of Contract Appeals (GSBCA). As a result of representing numerous federal contractors, Mr. Greene is especially knowledgeable regarding the Federal Acquisition Regulation (FAR).

An important consideration in defense against defective construction work claims is the availability and application of insurance coverage under commercial general liability, professional malpractice and subcontractor default insurance policies. Mr. Greene and his team are well versed in the complexities of obtaining coverage for occurrences involving construction defects under standard and nonstandard insurance provisions. They also advise regarding the establishment and maintenance of insurance programs, including issues of cost recovery and disclosure under pertinent contract provisions and regulations, such as the FAR cost principles.

A significant aspect of Mr. Greene’s practice involves advising construction and non-construction clients regarding allegations under the False Claims Act and defending against such claims in multiple jurisdictions. Mr. Greene has defended construction contractors, medical service providers and product suppliers/installers against False Claims Act allegations asserted by U.S. Attorney’s offices, the U.S. Department of Justice and Qui Tam relators throughout the United States and has represented contractors in related debarment and suspension administrative proceedings. Mr. Greene’s cases have included the representation of insureds through specialized insurance programs that provide for the defense of false claims actions.

Mr. Greene is a graduate of St. Peter's College and the Georgetown University Law Center.