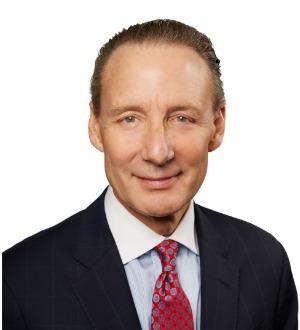 Patrick Salvi is a nationally recognized attorney who has been listed as one of the “Best Lawyers in America” by Woodward/White, Inc., since 2005. In 2017, Best Lawyers® named him the Plaintiff’s Personal Injury “Lawyer of the Year” in Chicago. He received The Jury Verdict Reporter and Law Bulletin Publishing Company awards for Trial Lawyer Excellence in 2011, 2012 and 2018.Additionally, Mr. Salvi’s peers have selected him to the Illinois Super Lawyers Top 10 List every year since 2014 (out of 96,000 Illinois lawyers and all categories of law). Leading Lawyers Magazine (Law Bulletin Media) has named Mr. Salvi to three Top Ten Lists every year since 2016:

In 2001, he was invited to become a fellow in the prestigious International Academy of Trial Lawyers. In 2015, Mr. Salvi was selected to the Leading Lawyers Advisory Board. He currently serves on the American Association for Justice Leaders Forum.

Mr. Salvi is a former President of the Illinois Trial Lawyers Association. He served a three-year term from 2010 to 2012 as Chairman on the Character and Fitness, 2nd District Committee of the Illinois Board of Admissions to the Bar. He was appointed to the Illinois Supreme Court Committee on Jury Instructions in Civil Cases in 2013.Additionally, Mr. Salvi serves as Chairman of the Notre Dame Law School Advisory Council.