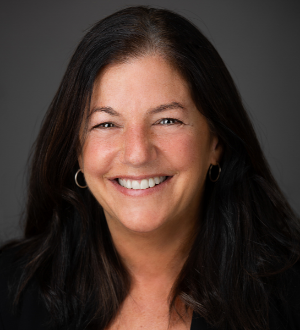 Pam is one of the most accomplished trial lawyers in Massachusetts. She has tried and won over 70 cases in her distinguished career, including medical malpractice, personal injury, premises liability, and products liability. In addition to her busy trial practice, Pam maintains a consulting practice assisting other lawyers in preparing witnesses to present most effectively at depositions and trial.

In 2013, Pam agreed to serve as the firm’s co-managing partner for the Boston office for the third time. She served as managing partner from 2008 through 2011, after first serving in the role in 1995. At the time, Pam was one of the first women to ascend to managing partner of a Massachusetts law firm.

Massachusetts Lawyers Weekly recognized Pam as a Top Woman of Law 2011. She has been included in the Massachusetts Super Lawyers directory (2011-2020), as well as Best Lawyers in America (2012-2020), and was recognized by Fortune Magazine as a 2014 Woman Leader in the Law. Since 1999, Pam has maintained an AV Preeminent rating from the Martindale-Hubbell National Law Directory, the highest rating available for legal ability and ethical standards.   Pam has lectured on trial practice and medical risk management. In 1988-89, she served as an Instructor of Law at Boston University School of Law. Representative Accomplishments Pam has achieved many notable accomplishments in her litigation career. For instance, she persuaded the Massachusetts Supreme Judicial Court to dismiss a negligence lawsuit against an organ bank based on good faith immunity under the Uniform Anatomical Gift Act. Carey v. New England Organ Bank, 446 Mass. 270 (2006). The SJC’s opinion established new law in Massachusetts on applying the good faith immunity standard.   She has successfully defended numerous health care providers in medical malpractice trials, including most recently:

Pam also successfully defended a residential group home in a wrongful death lawsuit alleging a failure to provide emergency care to a group home resident. In addition, she was designated as the lead trial attorney among twelve defendants in a products liability case filed against national product manufacturers.

Pam is a member of the Claims and Litigation Management Alliance. She is very active in her local community, where she volunteers for numerous projects. Pam completed the 2014 Boston Marathon as a member of Team in Training to support the Leukemia & Lymphoma Society (LLS). This was her second marathon. She ran the 2007 Boston Marathon, also for LLS. When not running marathons, Pam has served on the Leadership Board for LLS's Light the Night Walk in Boston.