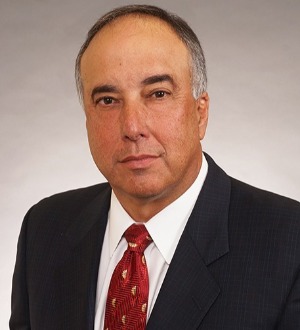 Oscar J. Cabanas is a managing partner of the firm and works in the Miami office of Wicker Smith where he has been a shareholder since 1999. He holds an AV Preeminent® rating from Martindale-Hubbell and focuses his practice in healthcare, professional liability, products liability, commercial litigation, and transportation. Mr. Cabanas has been honored as Best Lawyers in America’s® Miami Medical Malpractice Law – Defendants “Lawyer of the Year” in 2022 and 2018 and American Board of Trial Advocate’s Miami Chapter “Defense Lawyer of the Year” in 2020.

Mr. Cabanas is admitted to practice in Florida before the Southern and Middle District Federal Courts and in Illinois before the Northern District Federal Court and the United States Court of Appeals, Fifth Circuit. He was appointed to the Executive Committee of the Board of Directors of USLAW NETWORK, Inc. and named Membership Management Director to the organization in 2021.  He has held various leadership positions in a number of professional organizations including the American Board of Trial Advocates, where he served as past president and executive committee member to the Miami chapter and additionally served on the organization’s national board of directors. Mr. Cabanas has also held section-chair and vice-chair positions within the Federation of Defense and Corporate Counsel. He is currently Chair of the Trial Tactics and Procedure Section for the Federation of Defense and Corporate Counsel and is an active member of USLAW NETWORK, Inc.

Mr. Cabanas received his Bachelor of Arts from Northwestern University in 1981 and earned a Juris Doctor from the University of Miami in 1984. He was born in Havana, Cuba and is fluent in Spanish, helping him further serve the diverse jurisdictions in South Florida from West Palm Beach to Key West.