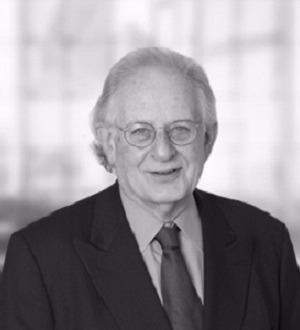 Recognized by Best Lawyers® since 1993.
65-A Atlantic Avenue Boston, Massachusetts 02110
(617) 742-6020
|
Firm: Zalkind Duncan & Bernstein LLP
|  Website
Edit Profile
Edit Your Profile
To edit your Lawyer Directory information, please login to your
Best Lawyers® Admin Account.
If you have any questions or need assistance, please contact us at info@bestlawyers.com or 803.648.0300.
Overview
Firm

His criminal cases involve a wide range of offenses, such as murder (including death penalty cases) drug crimes, terrorism, extortion, bank robbery, sex crimes, tax evasion, federal extradition, arson, telemarketing fraud, and Medicaid and securities fraud. On about seventy percent of 29 murder trials Mr. Zalkind’s clients have either been totally acquitted or have received substantially reduced verdicts. In 2005, Mr. Zalkind and Mr. Duncan secured a judgment of acquittal for the CEO of a major company in a tax fraud case. He also represented the lead defendant in a federal drug case who received a 5 year sentence even though the relevant sentencing guideline was 22 years. On behalf of a client facing federal immigration fraud charges that would normally lead to incarceration, Mr. Zalkind successfully received probation for his client.

On the civil side, Mr. Zalkind has an equally broad range of experience. He has handled many personal injury cases, including airplane crash, construction and automobile torts. He has represented plaintiffs and defendants in discrimination, libel, divorce and business litigation cases, including securities litigation.  He also has a long history of successfully representing students in academic discipline matters. In 2001, Mr. Zalkind and Ms. Bernstein won a 7.5 million dollar verdict in a discrimination case against the MBTA. In 2006, Norman Zalkind settled an 8 million dollar construction accident suit. Recently, after taking the case to arbitration, Mr. Zalkind won a favorable settlement for a client involved in a complicated commercial litigation case.  Mr. Zalkind also has significant experience representing students accused of conduct violations — including sexual assault — at their universities.

Mr. Zalkind taught criminal trial practice at Northeastern University Law School from 1971 to 1987, and he has lectured at Harvard Law School, Boston University School of Law, and Yale Law School.

He is recognized by Boston Magazine as a “Super Lawyer,” has maintained the highest possible rating from Martindale Hubbell for 25 years, and is listed in Best Lawyers in America for both white collar and non-white collar criminal defense, a recognition he has been awarded for 20 consecutive years.  In 2013 the Massachusetts Association of Criminal Defense Lawyers presented Mr. Zalkind with its Balliro award in recognition of a lifetime dedication and commitment to the rights of the accused, and in 1995 Mr. Zalkind received an award from the Massachusetts Association of Criminal Defense Lawyers for extraordinary commitment to protecting the rights and liberty of those who stand criminally accused. In 1989, the National Association of Criminal Defense Lawyers awarded him its Champion of Liberty Award for Integrity, Fortitude and Ethical Ideals.  He is a frequent commentator on legal cases and issues for television and print media.