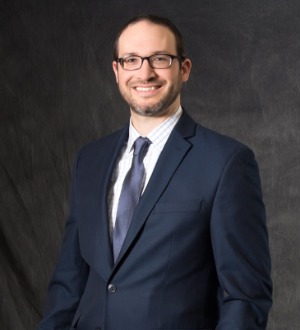 Attorney Noah Klug is the Managing Shareholder of Klug Law Firm PLLC in New York, New York.  Internationally recognized as one of the leading business immigration attorneys in the United States, Mr. Klug has nearly 15 years of legal experience, and he and his firm provide unmatched representation and support to corporate clients throughout the greater New York City metro region and all across the country who have business immigration law needs.  He was recently recognized as a Thought Leader in the area of corporate immigration law by Who’s Who Legal.

Over the course of his legal career, Mr. Klug has worked for U.S. government immigration agencies as well as with some of the most prominent business immigration law firms in the country.  Through his practice, he has served as counsel to prominent multinational corporations around the world.

A leader in his field, Mr. Klug has published many articles on immigration law, and he has conducted lectures and seminars on a variety of immigration legal topics.  He has also contributed to various immigration studies, served as editor for major law treatises, and drafted comments to significant U.S. Citizenship and Immigration Services policy memoranda.  Recognized for his outstanding legal knowledge, he has also appeared on a number of media outlets, where he has offered in-depth legal commentary on various subjects.

In honor of his exemplary professionalism and stellar client service, Mr. Klug has earned an AV Preeminent peer review rating from Martindale-Hubbell as well as a listings and consistent recognition from Who’s Who Legal, Best Lawyers®, and Super Lawyers®. He has also received Superb, 10 out of 10 client ratings on Avvo.com along with numerous testimonials and referrals from those clients he has served.