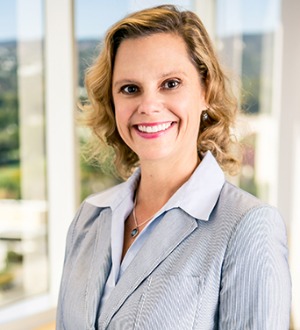 As a shareholder at Baum Hedlund Aristei & Goldman, Nicole Maldonado dedicates her practice to representing consumers, sometimes including entire families, that have been injured or lost their lives because of pharmaceutical drugs, medical devices, and products associated with an increased risk of causing cancer. She works mostly in Mass Tort and Multi-District Litigation.

After joining the firm, Nicole started in Baum Hedlund’s SSRI-antidepressant birth defect litigation on the trial team, representing hundreds of clients whose families are affected by antidepressant-related injuries and death involving cardiac, neural tube, cranial, oral clefts, anal atresia, abdominal, and limb defects, as well as developmental delays and autism. She played a pivotal role in resolving a large group of children’s cases, coordinating with and directing many diverse professionals, such as guardians ad litems, special needs trust attorneys, local probate counsel, annuity specialists, bank trustees, and lien negotiation companies. Nicole spent much of her time ensuring that each individual settlement was structured in the most beneficial way possible for that particular child.

She earned her undergraduate degree from the University of South Florida, where she studied Criminology. After graduating from college, Nicole married and moved to her husband’s home town, Detroit, where her first child was born. Shortly thereafter, Nicole studied law at Thomas M. Cooley Law School in Lansing, Michigan. She worked as a teaching assistant, lecturing and providing guidance on Contract Law. In her last trimester before graduating from law school, Nicole secured a judicial clerkship with the district court. She also taught a criminal justice class at Lansing Community College.

Before joining Baum Hedlund to work in mass tort product liability litigation, Nicole devoted her law career as a public servant, starting with the practice of juvenile dependency in San Diego, California. She was appointed to represent parents, children, and foster parents throughout San Diego County, working together with social workers, judges, and other public service members in the reunification of families. Juvenile dependency law gave her extensive experience in bench trials. During this time, Nicole’s second child was born. The following year, Nicole and her family moved back to Detroit where she worked as a federal judicial law clerk for two years in the Eastern District of Michigan. After the clerkship, the family moved to Orlando, Florida, and she continued her practice in public service work, representing indigent clients as an assistant public defender. The Sixth Amendment protects the right to an attorney for those accused of a crime. The Supreme Court has interpreted that right as fundamental and essential to a fair trial. Gideon v. Wainwright, 372 U.S. 335 (1963). “Each Era finds an improvement in Law for the benefit of Mankind.” Quote from the headstone of Clarence Earl Gideon (August 30, 1910 – January 18, 1972).Nicole gained extensive trial experience through her work as a public defender. She tried cases as the sole attorney in more than 25 jury trials. This experience has helped her identify the intricate and complex issues prevalent in every wrongful death and personal injury case. It has also assisted her in preparing cases for settlement negotiations and trial.

Outside of her work, Nicole has volunteered legal services for the homeless, helped implement a plan to assist counties in forming a homeless court program, mentored at inner-city local high schools, performed mock trials for the local elementary students, provided instruction and insight about indigent defense, coached high school students in trial competitions, volunteered as a mock trial judge for the American Association of Justice’s Student Trial Advocacy Competitions, and raised money for indigent clothing drives. Along with her family, she has also volunteered to help raise money for the Children’s Hospital of Orange County, and has walked for donations to help support Organ-ize The Planet and the California Transplant Donor Network.

Today, Nicole and her family continue to provide services, food, clothing, and donations to various organizations and communities throughout each year. After all, “None of us got where we are solely by pulling ourselves up by our bootstraps. We got here because somebody – a parent, a teacher, an Ivy League crony or a few nuns – bent down and helped us pick up our boots.” Thurgood Marshall.