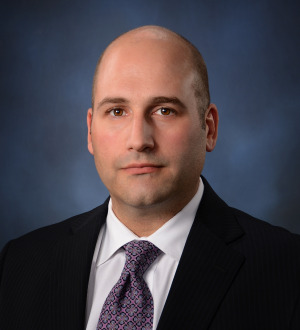 Nicholas R. Pagliari is a Partner with the Firm. As Chair of MacDonald Illig's Bankruptcy & Creditors' Rights practice group, Mr. Pagliari's practice is concentrated in the areas of corporate restructuring and bankruptcy, bankruptcy related litigation and collection matters. He primarily represents corporate debtors, secured creditors, chapter 7 and chapter 11 trustees, and other entities involved in bankruptcy proceedings.  Attorney Pagliari is also an approved mediator in the United States District Court for the Western District of Pennsylvania and the United States Bankruptcy Court for the Western District of Pennsylvania.

Mr. Pagliari graduated from The Pennsylvania State University with his Bachelor of Arts Degree in History in 1998. In 2001, he graduated from The University of Dayton School of Law, magna cum laude. While at Dayton, he was on the editorial staff of the Law Review. After obtaining his law degree, Mr. Pagliari served as a law clerk in the United States Bankruptcy Court, N.D. GA. He went on to practice law at Reed Smith LLP in Pittsburgh from 2002-2005. Since his return to Erie in 2005, he has continued to focus his practice in corporate restructuring and bankruptcy, bankruptcy related litigation and collection matters. Mr. Pagliari has been recognized as a Best Lawyer in the Pennsylvania Super Lawyers publication.