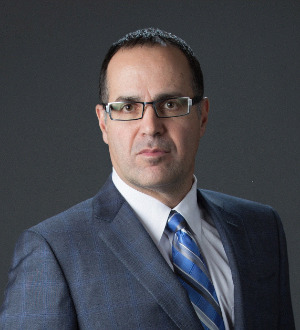 Nicholas Pothitakis was born June 4, 1966, in Fort Madison, Iowa.  He attended the Univesity of Iowa from 1984 through 1988, obtaining a degree in Finance and a degree in Economics with Honors and with High Distinciton.

Mr. Pothitakis enrolled in the fall of 1988 at one of the top law schools in the country, the University of Texas School of Law in Austin, Texas.  He received his Doctor of Jurisprudence in the summer of 1991.  Since then, Mr. Pothitakis has practiced primarily in the areas of Iowa Workers' Compensation and personal injury.  The Pothitakis Law Firm, P.C., has offices in Burlington and Keokuk, Iowa.

Mr. Pothitakis was a board member Iowa Association of Workers' Compensation Lawyers, Inc., from 2005- 2011.  In 2011, he was elected to the position of treasurer of the organization. In October of 2013 Mr. Pothitakis was elected the Vice President of the Association. In 2014 he was elected the President of the association and served as president in 2015.  The objective of Iowa Association of Workers Compensation Lawyers is to promote the administration of justice, to provide continuing legal education in the area of Iowa workers’ compensation law, and to take such further actions to enhance the effectiveness of workers’ compensation laws and their administration in the State of Iowa.  IAWC is made up of lawyers from the State of Iowa that focus on Iowa Workers Compensation Injuries and Cases.