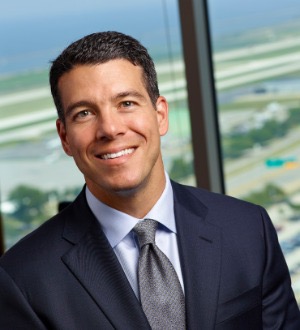 Nick came to Spangenberg Shibley & Liber LLP in 2004 after serving as a law clerk for the late Honorable John M. Manos, Senior Judge for the Federal District Court for the Northern District of Ohio. Nick was afforded the opportunity after graduating magna cum laude from the Cleveland Marshall College of Law in 2002. Nick learned much from his mentor and developed a strong desire to become a trial lawyer. "During my two years with Judge Manos, I had the opportunity to observe trial lawyers from all over the State of Ohio and the country," he says. "After my clerkship, I set my sights high and was fortunate to be given the opportunity to practice at one of Ohio's most well respected firms." Nick has received numerous awards and has been invited into the National Board of Trial Advocates and the International Society of Barristers.

Nick has dedicated his career to seeking justice for people who have been injured or harmed by another's careless or reckless misconduct. He focuses his practice on representing victims of medical malpractice and other types of professional misconduct, including: accounting malpractice, claims against insurance companies and insurance agents, and law enforcement misconduct.

Nick relishes the relationships he has with his clients and is highly motivated to obtain the best possible result on their behalf. "The contingency fee arrangements we offer create a true partnership between us and our clients," he says. "Like our clients, we, too have a stake and interest in the outcome of each case we handle. Unlike other types of billing arrangements where lawyers are paid regardless of the outcome, our compensation as attorneys is directly tied to and dependent upon the level of success we achieve for our clients. This arrangement fosters a great working relationship and has many advantages over the standard hourly-rate fee contract."

Nick is proud of the work he does in holding wrongdoers and rule-breakers accountable for the harms and losses they cause. A former professional athlete, Nick thrives in the competitive and highly demanding litigation atmosphere. "Nothing is more important than the safety of our family and friends - our collective community," he says. "When companies, local municipalities or governments, or other members of our community violate safety rules and needlessly endanger people, our communities become less safe. Only by holding those who violate safety rules accountable for the harms and losses they cause do we protect our community. I take that responsibility very seriously and am never afraid to pursue wrongdoers when appropriate, no matter whom the wrongdoer may be. The resources at Spangenberg Shibley & Liber LLP give us great opportunities to make a difference in people's lives and to safeguard our community."

In addition to representing people who have been injured and killed by careless or reckless conduct, Nick has developed a passion for protecting consumers' rights. The free market creates a diverse and productive business atmosphere. Unfortunately, it can also foster, and at times reward, deceptive and unscrupulous business practices. Nick and the consumer rights attorneys at Spangenberg Shibley & Liber are dedicated to rooting out companies that employ dishonest and deceitful practices and prey on unsuspecting consumers. For example, Nick was involved in pursuing insurers who rescinded health insurance coverage after the policyholder was diagnosed with a serious medical condition or incurred substantial medical bills. Nick's work to expose these abhorrent practices was recognized by a House Congressional panel that interviewed him in connection with their efforts to pass new legislation limiting health insurance rescissions and cancellations. Nick has also handled a number of important civil rights cases, including the homicide of a local man who was killed after being restrained to a chair for hours and pepper-sprayed repeatedly.