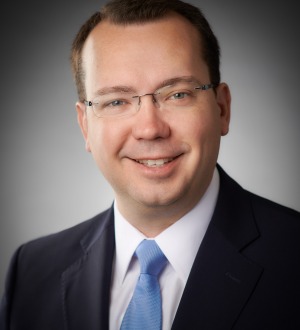 Recognized by Best Lawyers® since 2020.
One East Fourth Street, Suite 1400 Cincinnati, Ohio 45202
(513) 579-6400
|
Firm: Keating Muething & Klekamp PLL
|  Website
Edit Profile
Edit Your Profile
To edit your Lawyer Directory information, please login to your
Best Lawyers® Admin Account.
If you have any questions or need assistance, please contact us at info@bestlawyers.com or 803.648.0300.
Overview
Firm

He has represented private companies, public companies, financial institutions, and individuals in a variety of legal matters, including corporate and partnership disputes, zoning disputes, fraud claims, breach of contract claims, and insurance disputes. Mike has litigated cases within federal and state courts, state appellate courts, and private and court-sponsored mediation and arbitration throughout the country, including Ohio, Kentucky, New York, Florida, North Carolina, Louisiana, and Texas.

Mike received the Community Development Corporations Association of Greater Cincinnati’s Most Outstanding CDC Volunteer Award in 2012 and the Josh Weiser Community Service Award from the College Hill Forum in 2013. Mike was inducted into Working in Neighborhoods’ Hall of Fame in 2016, and was named to the Cincinnati Business Courier's Forty Under 40 in 2017.